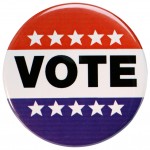 As U.S. citizens our opportunity to vote is a fundamental element of the democracy.

When to Vote Early

Absentee or Early Voting at the Courthouse is available:

Who’s on the Ballot and what are the three questions

Where to Vote Day of Elections:

On November 8, 2016, voters may use any of the following locations to cast their ballots. Election day voting is 6 am to 6 pm.

Posted in Press | Comments Off on Early Voting Opens Soon 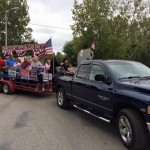 Fall time means festival time.  The Owen County GOP invites you to join us as we represent the Republican party in fall festival parades. Ride a float or walk along as we distribute candy and celebrate our community.

Contact Chairman Tony Voelker at 812.325.0570 or email if you’d like to be a part of the any of these upcoming festival parades.

Posted in Events | Comments Off on Festival Time 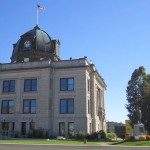 Owen County is located in west central Indiana. The first settlers arrived in Owen County in 1816. The county was organized in 1818, and was authorized as a county by the state in 1819.

Owen County was named for Abraham Owen, a member of the Kentucky Militia, who was killed in the Battle of Tippecanoe in 1811.

Owen County has a population of approximately 24,500 people.

The population of Spencer, the county seat, is about 2,700.

The Owen County Courthouse was built in 1911, replacing the original brick structure.

Posted in Uncategorized | Comments Off on Owen County Indiana